Goal scored by Ronaldo N. in the final match of the World Cup in Korea/Japan 2002. Take that NFT goal with you ¡forever!

Football always has its revenge. Brazil, after losing the 1998 final to France, were crowned champions. Thanks to Ronaldo’s two goals. The second goal was scorched after Kleberson came in from the right, centering low to the edge of the area, Rivaldo let the ball pass between his legs and Ronaldo after controlling the ball, hitting with his right foot and putting the bal next to the left post of Kahn’s goal, Brazil was crowned world champion! A goal that any Brazilian football fan will never forget. Get the goal jersey now! 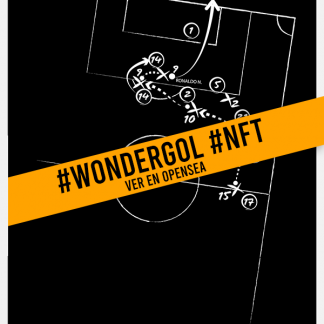