Mario Gotze scored and he crowned champion to Germany. Take the championship goal with you!

Mario Gotze, the man who entered the second half for goalscorer Klose, became Germany’s hero. It was the 113th minute of the game, the legs no longer gave to the Germans, Schweinsteiger had been cut off, but they still managed to make a worthy move for this World Cup.

Schweinsteiger passed to André Schurrle and the midfielder centered towards Gotze, who was alone – they were not well placed Demichelis or Garay – to stop his chest and left-handed Sergio Romero’s fence. 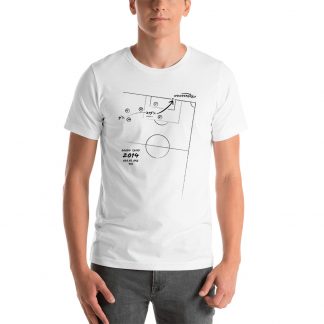