Tea or coffee in the morning? Start your day by remembering the best goal of Diego in the World Cup in Mexico.

Known as «the Goal of the Century», or «the goal against the English», Diego Maradona scored on 22 June 1986 at 55 minutes of play, which for the Argentinians is the best goal in the history of the World Cup.

After passing Olarticoechea, within his own field and a few yards from the centre circle, Diego Maradona would begin to weave one of the most emblematic goals of the Argentine national team. Maradona then eluded 6 English players including the goalkeeper before scoring the goal. The match ended 2-1 in Agrentina’s favour, allowing Argentina to qualify for the semi-finals. That year, Argentina consecrated its second world championship. 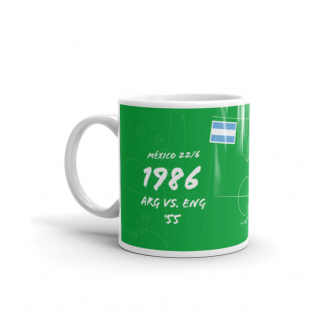