Edison Cavani scored a goal against Portugal at the 2018 World Cup of Football in Russia. Take that goal with you forever!

Until the sixth minute, Edison Cavani could not have imagined that thanks to him, Uruguay would qualify for the quarterfinals of the World Cup in Russia. Beating none other than Cristiano Ronaldo’s Portugal. In his first goal, Cavani made a change of direction to the left for Luis Suarez to pick up the ball. The Barcelona striker sends a great cross behind the back of the Portuguese central defenders, who cannot stop Cavani from entering the small area with a great goal with his head. Nothing to do for doorman Rui Patricio. 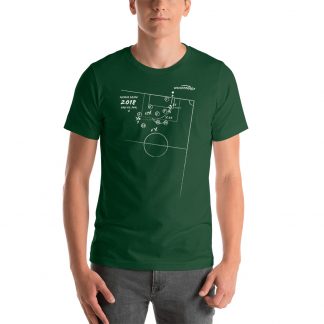